The Canihan family produces award-winning Pinot Noir, Syrah, and Cabernet Franc from our certified organic estate vineyards in the heart of the Sonoma Valley. 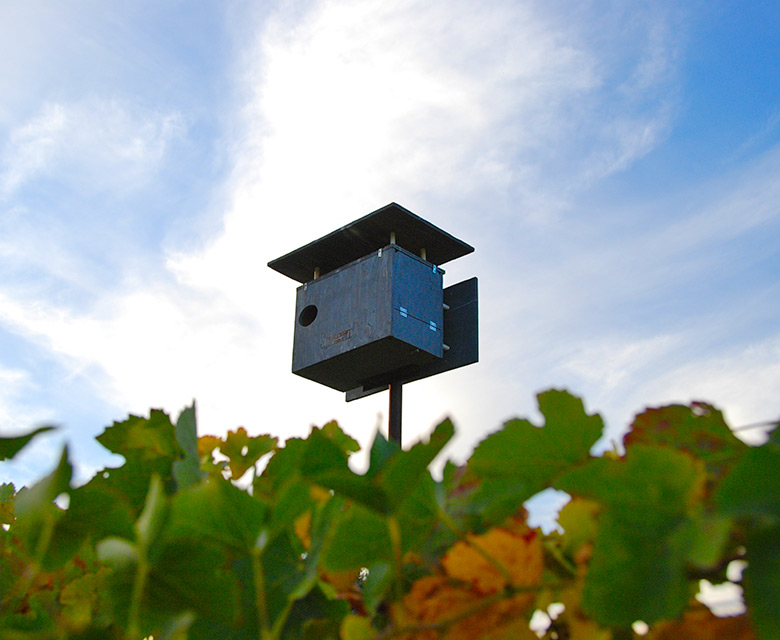 The Canihan vineyards are ideally located in Sonoma, on the border of the Sonoma Coast and Carneros Appellations. The vineyards receive the cool evening breezes and frequent fog from the San Francisco Bay that provide perfect grape growing conditions.

Organic vineyard management practices, dry-farming, cane-pruning, hand-harvesting only at complete ripeness, fermentation with naturally occurring native yeast, and no fining or filtering result in flavorful wines expressive of our terroir. Our commitment to elegant and flavorful wine is also evident by our low yields, which never exceed two tons per acre. We allow each vintage to display its own unique characteristics and patiently let the wines develop in the barrel without intervention.

The 2004 Syrah, our first wine, was judged by 47 judges over three days and awarded “Best of Show Red Wine” from over 4,300 wines at the prestigious 2007 San Francisco International Wine Competition.

It started with a dream in 1920 when a young man named August Siegrist came to America. Born in Switzerland in a village outside of Zurich, August and his mother Anna worked the vineyards as a way of life, and as a way of survival. While working the hillside vineyards planted with Pinot Noir and other cool climate varietals, August cultivated a passion for wine.

Seeking a better life, August left Switzerland for America at just 17 years old. He brought with him the desires to be true to nature and grow his own wine. He worked as a baker in New York City until he saved enough money to purchase an Indian motorcycle to drive to Northern California, America’s Wine Country. However, with the onset of Prohibition, his dreams were crushed and he was forced to refocus his goals and set aside his love for wine.

August turned his efforts to a culinary profession. Applying the attention to detail and handcrafted skills that he had learned in the Old Country, August thrived in the San Francisco culinary community both as an award-winning baker for Langendorf Bakery and at his own bakery on Clement Street. In 1946, August and his brother-in-law opened their own restaurant, Helmuth’s on Ellis Street in Union Square. Nonetheless, August never gave up on his passion for wine, and through the years he shared his love for wine with his family and friends.

It was not until many years later that this passion for wine was explored by August’s son-in-law, Bill Canihan Sr. In an effort to continue August’s dream, the family purchased a farm in Sonoma in 1973. Farmed organically by a Basque farmer for the past 60 years, this 20-acre ranch remained unplanted of vines for 25 years.

In 1998, August’s dream began to be fulfilled through his family. The ground was ripped, the stakes placed and the first vines planted. Although August did not live to taste the first wine from the vineyard, his dream lives on. His focus on Old World, minimal intervention winemaking techniques form the core of our winemaking philosophy today.

Bill Canihan Jr (August’s Grandson) started the Canihan Family Winery in 2006 upon release of the family’s first commercial vintage, 2004. Prior to bringing the winery to life, Bill enjoyed participating in blind wine tastings and spent the first 20 years of his professional career as a mortgage broker specializing in commercial real estate. After helping small businesses survive and grow, Bill was ready to follow his passion for exceptional wine.

Discover Sonoma:
Take a Side Trip to Rustic Canihan Winery

“Look for the numbers on the mailbox or you’ll miss it.”

Those instructions were from Bill Canihan Jr, the owner of the family winery with roots that go back to Switzerland where his grandfather was born. Looking for a better life, his grandfathers journey led him to San Francisco where he developed a passion for wine, a love that was handed down to his son-in-law who purchased a farm in Sonoma in 1973. Fast forward a few years and his grandson, once a successful mortgage broker, is responsible for making some of the best Pinot Noirs and Syrahs you’ll ever taste. Seriously good stuff!